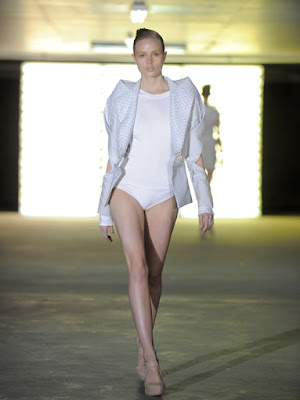 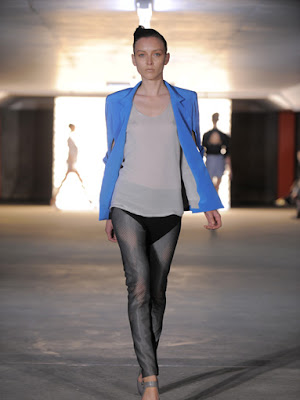 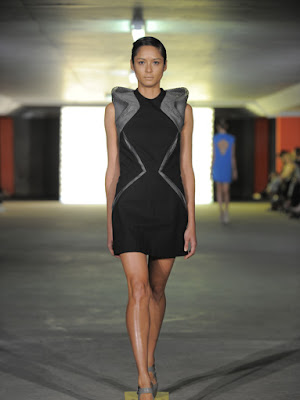 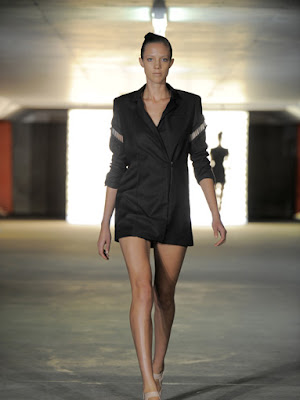 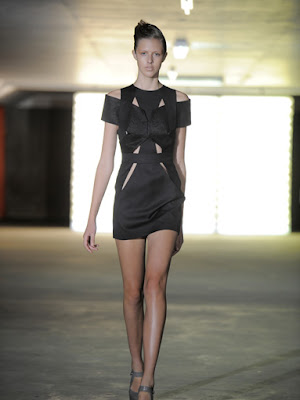 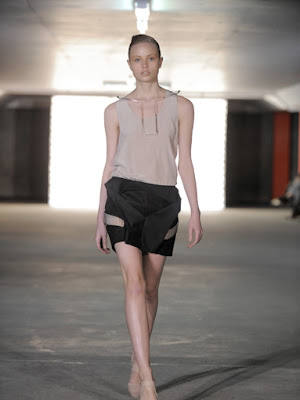 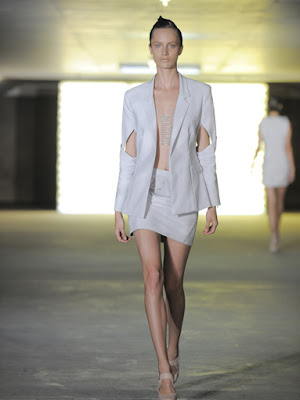 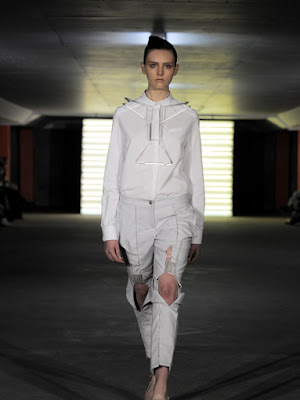 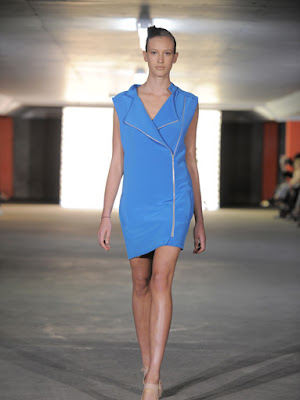 S/S 2009-2010: Dion Lee
"There were more than a few tears backstage at Dion Lee’s first solo show, and they weren’t just coming from the eyes of a 23-year-old designer overwhelmed by congratulations and praise. Fresh out of East Sydney TAFE with a collection that would sit up straight next to a Roland Mouret or Hussein Chalayan on the international fashion-week schedule. With his scalpel-sharp, almost futuristic lines — today inspired by “crushed car sculptures”, fittingly presented within a Kings Cross car park — Lee’s precision-tailored aesthetic was spot-on. His almost razored blazers, crisp cotton shirting and streamlined dresses were expertly manipulated by complicated folds and twists, some fused with plastic-covered chain, while others were unexpectedly spliced with transparent organza. But what was most remarkable about this collection was that it was as directional as it was digestible from a sales perspective. The cuts in Lee’s tuxedo dresses were perfectly placed for modesty, while a standout pair of blush pink (yes, it’s one of the week’s biggest colour stories) chiffon had smart shorts sewn in underneath." - I couldn't have said it better myself, Aus Harpers Bazaar fashion editor has critiqued it to a tee, im obsessed with Dion's range simply because of all the reasons above :)